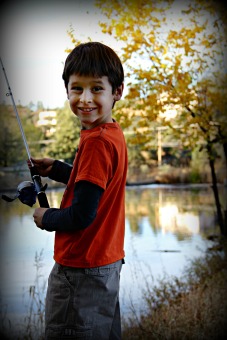 Tommy Butler lived just a few blocks further up the avenue. We’d been friends since third grade. I decided to go see if he was home—though I had no idea where else he would be—and spend the rest of my birthday with him. Tommy’s mother worked at a bar and grill in the neighborhood and had odd hours. His father had odd hours, too, mostly because he drank too much.

Once, Tommy found Dad passed out in bed, apparently having wet himself. I could tell Tommy was embarrassed by the stained sheets. Another time, we found Tommy’s father on the living room couch with a cigarette between his fingers which had burned down to the skin on the two fingers that formed a V. I felt sorry for Tommy’s father. He was a nice guy when he was awake, even drunk. I got the feeling he wanted to escape his life but was doing a lousy job of it. I felt sorry for Tommy, too, though he always made it clear he had no pity for his old man. It was probably why, despite Tommy’s bouncy blond curly hair and big blue eyes, he rarely smiled.

Heading up the short avenue blocks, the air was so frosty it looked almost like a white veil across the houses and trees as I passed them. By the time I arrived at Tommy’s, after walking just a few minutes, my face and hands were numb. Tommy and his parents lived in a four-room apartment on the downstairs floor of a wide, three-story house which stood out on the block as the only one with a front garden overrun by untended thorny bushes.

I prayed he was home as my frozen finger pressed the doorbell, but then remembered the doorbell didn’t work, and that I had to pound on the wooden door for him to hear me. I was relieved when I heard what I hoped were Tommy’s footsteps from the inside hall. The dead bolt slid open from the other side.

“Hi,” Tommy said as he pulled the door open.

“Hi,” I said. As usual, the house was stiflingly hot. The landlord who lived upstairs controlled the furnace, and he was old and always cold. I heard The Beatles, “Nowhere Man” playing in the living room.

Once inside, I noticed the 45s stacked on the record player, waiting to drop down and play next, one after the other. I smiled, knowing how Tommy shopped—shoplifted, that is—about one 45 a week, since he never had money. His mother thought I got a big allowance and bought them for him. That was his standing story. The truth was Michael gave me a dollar every Friday, when Mr. Grenelli paid him which I usually used to buy pizza and cokes or ice cream for Tommy and me up on Liberty Avenue. Money wasn’t a problem for Al, so she never let me spend any on her.

The victrola arm lifted up and over, and the next 45 dropped down. “Paint It Black”, began playing.

“What’s wrong?” Tommy asked. “You don’t look so good for a birthday boy.”

This was a switch, since Tommy rarely smiled and was usually the one being asked what’s the matter. I sat down on the couch. The brown and yellow flowered slipcover slid down, as I did, showing the worn brown upholstery underneath. I set my drawing pad down and peeled off my jacket and threw it over to the chair in the corner.

He sat down next to me.

“I just walked from Al’s and it’s freezing out,” I said. “It feels like a sauna in here.”

“What were you doing there?” he asked with the usual tinge of jealousy in his voice whenever I talked about Al.

“I just wanted to get away from my apartment,” I said. “She gave me this for my birthday.” I showed Tommy my drawing pad. “There’s a boss lead pencil in my jacket pocket that came with it,” I added.

“Great,” he said with his typical sarcasm.

I wanted to change the subject before he asked me why I’d gone to Al’s first. “Al’s frog Larry died. Or I think it was Larry. I get their names mixed up. Well, I helped her bury him in her yard. She’s worried about Chow Mein. She thinks he’s going to die soon of a broken heart.”

It had been a long day already, so I ignored the crack about Al. His opinion of Al was mutual.

“Don’t worry about it,” I said, glad to change the subject away from Al. “You don’t have to give me anything.”

“But I want to,” he said, looking dejected. He looked around the room, his eyes settling on the record player, which by now had been playing “Elusive Butterfly.”

“How about if I give you a couple of my records?” he said.

“Um, sure,” I said. “But you really don’t have to give me anything, Tommy.” Michael had a record player he let me use. He might even like whatever songs Tommy gives me, I thought.

“Oh, that’s okay. I want to.” He went over to the record player on top of the hutch. On the bottom shelf was his mother’s faded green paisley cloth-covered sewing box that he kept his hot 45s in. He brought it to the couch and sat back down next to me.

“Want to pick them out, or should I?” he asked and placed the box on his lap and opened it.

“Still a steady customer of Sam Goody’s, huh?” I asked.

I looked into it and pushed some records back, reading the titles—Bob Dylan “Positively 4th Street,” “The Times They Are A Changin’,” and “Mr. Tambourine Man”; Supremes “Where Did Our Love Go” and “Love is Like an Itching in My Heart,” Four Tops “Baby I Need Your Lovin’”.

“What a collection!” I said. “Sam Goody would be proud.” I smiled and shook my head. “Here, just give me whichever ones you want me to have, Tommy,” I said though I felt guilty taking stolen goods.

“There’s some scotch in the cabinet,” he said.

“Not after last time,” I said, squishing my face up.

“Oh, right,” he said, making the same face. “Well, then, how about a beer? Dear old Dad’s got some in the fridge today. Maybe he knew it was going to be your birthday.”

He went into the kitchen and came back with two bottles of Ballantine, opened them with Mr. Butler’s metal bottle opener, and gave me one. Then he sat back down and took a few gulps of the beer, as did I, though I really didn’t want it.

He smiled. “Why don’t you drink some more of your beer, Danny.” He took a long gulp of his own and set it down on the coffee table.

“Um, what about my birthday present?” I said. “You were going to pick out records to give me. Remember?” I tried to interrupt one sin with another.

“That’s okay. It’s just not my best birthday, between my stupid sister and Al’s frog’s funeral.”

I knew I had hurt his feelings—as I seemed to do often—with my not being in a drinking mood and seeing Al on my birthday before coming to his house. I left out the part about how Al and, especially her sweet kisses, had made me feel better, but his believing Al had depressed me with her deceased frog seemed to cheer him up.

He began to read over the record labels in the box. “Okay, let’s see. You like the Supremes, don’t you? How about ‘Stop In the Name of Love’?” He gave me his innocent smile which was anything but.

“Sure,” I said. The Supremes were Tommy’s favorites.

A few years before, Tommy had moved into the neighborhood and was the new kid in school. Al had already started skipping grades, leaving me behind. Since her schedule had changed, I was spending most of my lunchtimes alone, dodging bullies. I was the only one in our large third grade class who didn’t torture Tommy for being new, and he became very attached to me. He was a Flower Child, perpetually sad about life’s troubles, such as the mistreating of animals (Tommy was a vegetarian), and the war in Vietnam depressed him.

“Yeah,” I said. “I love The Four Tops.” I drank some more of my beer. He handed me the three 45s. I slipped them between the pages of my sketch pad and put it inside my jacket, so they wouldn’t get broken.

“And I love my birthday present,” I said, “ aside from how you got them. Thanks, Tommy.”

“You’re welcome,” he said and smiled in his no-smile way. Then, he finished his beer and set down the bottle. The effects of the beer were beginning to settle in, and I felt more relaxed. “My World Is Empty Without You,” came on the Victrola.

I never got around to telling Tommy my sad story about Frances and the Diary Dilemma, which sounded like the title of a mystery book. I didn’t even remember to tell him about my new fishing pole. I hadn’t noticed that it was already getting dark, and the walk home would be colder than before. After a while, I started to get up to put on my jacket. I slid my sketch pad with my new 45s under one arm inside my peacoat.

I was not in a hurry to leave the warmth of his friendship for who-knew-what awaited me back at the ranch. I would have been delighted to stay over, as I had done many times, and, after his mother walked home from her job at The Hideaway bar on Liberty Avenue, have some of her great cooking, since I couldn’t remember if I’d eaten anything that day. But with all that had gone on earlier, I had this feeling I should go home, though I wasn’t sure why. Because it was my birthday? I didn’t know. I just wanted to connect with Michael after all that had happened.

“Okay,” he said, seeming to sense not to push it the way he normally would have. “Will you be around tomorrow?”

“Maybe,” I said, remembering that Al would be away in the Catskills, though sometimes I got to spend some time with Michael on Sundays, so I liked to keep them open. I said goodbye to Tommy and headed down the hallway. I could hear the song “Stay” coming from the living room…“just a little bit longer”. I stepped out into the biting but refreshing cold air.